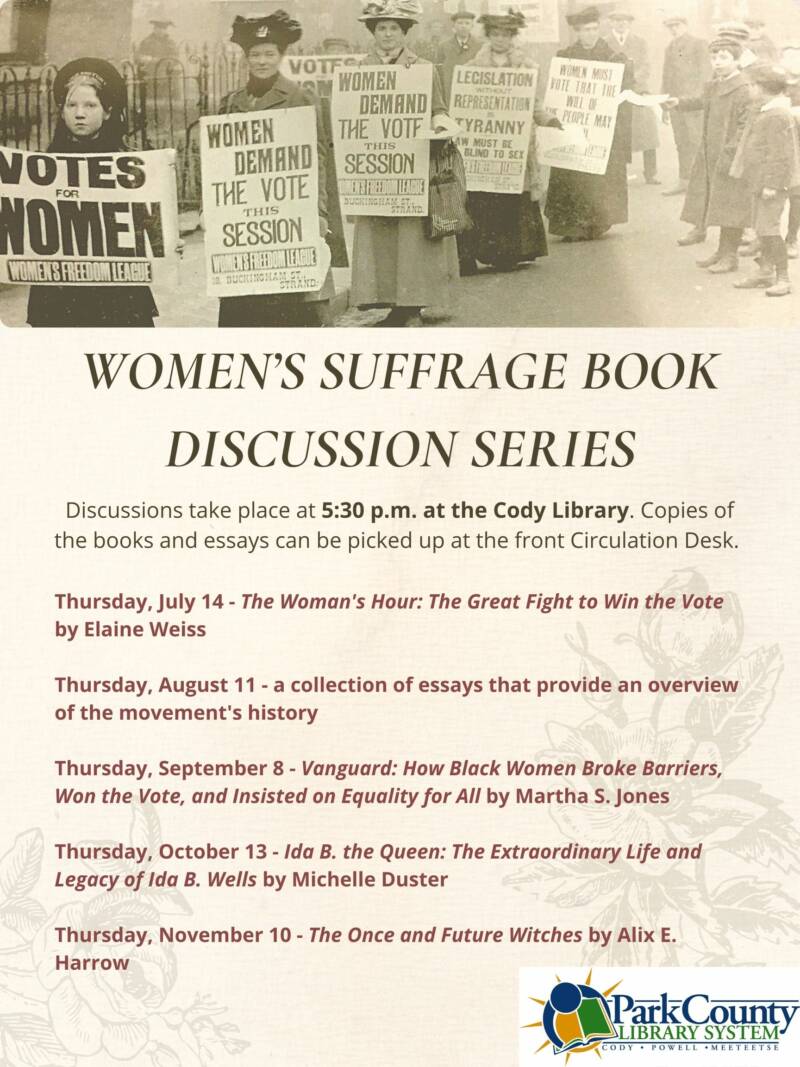 The Cody Library will host a 5-part book discussion series to spark conversations about the women’s suffrage movement. Modeled after a program created by the American Library Association, readers will learn more about women’s fight to win voting rights and this important period in U.S. history.

In 1869, the first Wyoming Territorial Assembly passed the Women’s Suffrage Act granting women the right to vote and hold public office in the territory, putting them on equal footing with men. Wyoming was the first state or territory to do so.

Modeled after a program created by the American Library Association, the discussion series includes the books: The Woman’s Hour: The Great Fight to Win the Vote by Elaine Weiss, a collection of essays that provide an overview of the movement’s history, Vanguard: How Black Women Broke Barriers, Won the Vote, and Insisted on Equality for All by Martha S. Jones, Ida B. the Queen: The Extraordinary Life and Legacy of Ida B. Wells by Michelle Duster, and The Once and Future Witches by Alix E. Harrow.

Interested readers can pick up the first book, The Woman’s Hour, at the circulation desk starting June 15th. The books were kindly purchased by the Cody Friends of the Library.