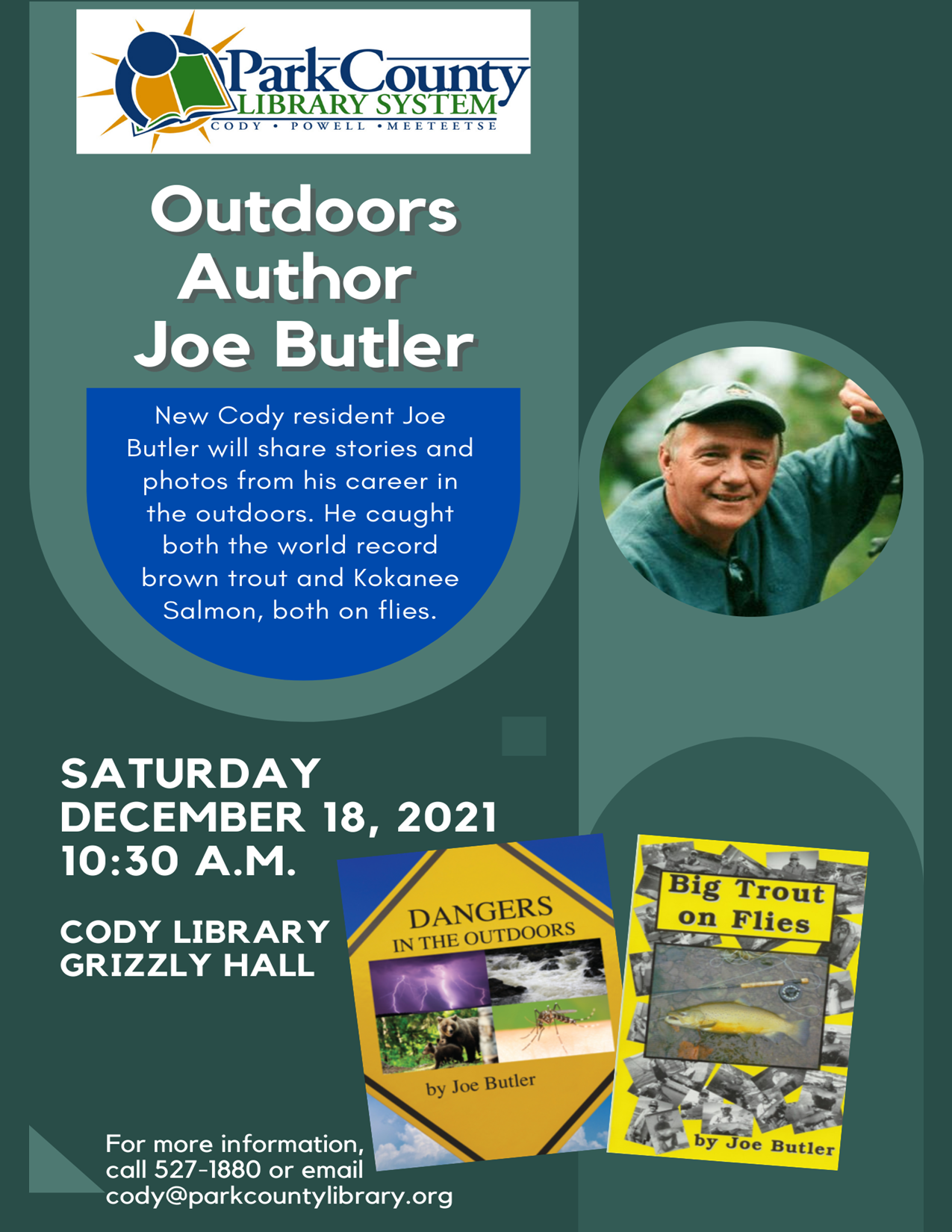 New Cody resident and author Joe Butler will share stories and photos from his career in the outdoors at the Cody Library’s Grizzly Hall on Saturday, December 18 at 10:30 a.m.

Butler has written books including “Big Trout on Flies” and “Dangers in the Outdoors” and has given entertaining presentations for decades.

This event is free and open to the public.